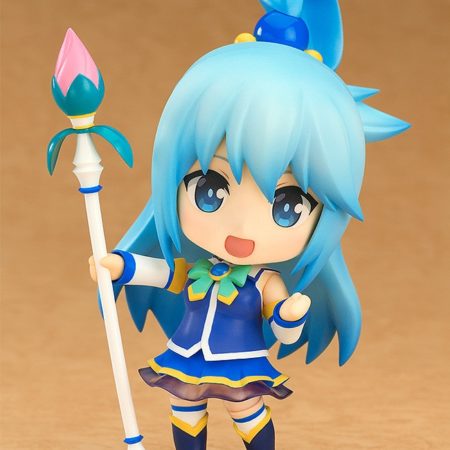 From the anime series “KONO SUBARASHII SEKAI NI SYUKUFUKU WO! 2” comes a rerelease of the Nendoroid of the adventurer Kazuma!

From the anime series “KONO SUBARASHII SEKAI NI SYUKUFUKU WO! 2” comes a rerelease of the Nendoroid of the adventurer Kazuma! He comes with three different face plates including a standard expression, a shouting expression with eyes that show he is going through a rather rough time as well as a more devious expression for when he makes use of dirty tricks.

His green cape can be removed for a slightly different appearance, and other optional parts include his Chunchunmaru sword, magic effect parts to display him casting create water as well as the panties that he stole using the steal spell! He also comes with special hand parts to capture his more iconic poses allowing fans to recreate various poses from the series! Be sure to display him with the previously released characters from the series! ♪